Rebecca Schuld is an eminent American meteorologist working as a weekday meteorologist at CBS58 in Milwaukee, Wisconsin, United States. Previously, Schuld served for WBAY-TV as a meteorologist for the noon and 4 pm weather broadcasts.

Schuld loves dancing and in 2012, She competed Dancing with the Stars event which was a significant fundraiser for the American Red Cross.

She attended and graduated with a degree in Environment Biology from the University of Wisconsin-Green Bay in 2005.

Rebecca was born in Green Bay, Wisconsin, United States in 1981. She is 40 years old.

She attended and graduated with a degree in Environment Biology from the University of Wisconsin-Green Bay in 2005.

Rebecca was born and raised in Green Bay, Wisconsin, United States to her caring parents Judah Wattenberg and Rachel Guttman.

In addition, She was born in a family of seven and spent the first 6 years of her life living above Lambeau field her family-owned Dairy Queen just blocks.

She is married to her beloved husband, Gene Schuld, and together they have a pretty daughter called Jaiden. Additionally, Rebecca lives in Green Bay with her beautiful daughter and two kittens.

Rebecca receives an annual salary of $90,207 per year. This is according to CBS 58 News anchors’ and reporters’ salaries.

Schuld has an estimated net worth of $1 million – $5 million.

She is currently working for WDJT-TV in Milwaukee as a weekday meteorologist. Before joining CBS58 in 2014, Schuld served for WBAY-TV as a meteorologist for the noon and 4 pm weather broadcasts from October 2010 to September 2014.

Before that, Rebecca served as a meteorologist and producer for WFRV and WJMN-TV stations from June 2003 to September 2010.

In addition, She has won countless awards including the 2013 Wisconsin Broadcasters Association Awards for the best weathercast and the 2010 Seal of Approval by the American Meteorological Society. 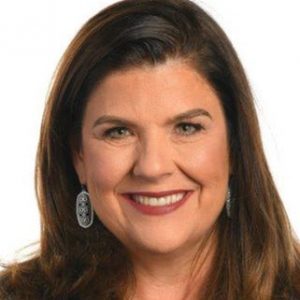