Peter Sagal is a comedian, writer, and television host from the United States. He currently hosts the PBS special Constitution USA with Peter Sagal as well as the National Public Radio game show Wait Wait… Don’t Tell Me!. His screenwriting career began and ended with Dirty Dancing 2: Havana Nights, which he wrote on the spur of the moment.

His plays have been produced or commissioned by the Long Wharf Theater, Actor’s Theater of Louisville, Seattle Repertory Theater, Florida Stage, and many others. He has also received honors from the Eugene O’Neill Theater Center, the Lannan Foundation, and Camargo and Jerome Foundation fellowships.

Peter’s parents, Matthew and Reeva Sagal, raised Peter in Berkeley Heights, New Jersey. His father worked in telecommunications, and his mother was a schoolteacher who later became a stay-at-home mom. Douglas is his younger brother.

From 1994 to 2013, Peter was married to Beth Albrecht. Later he exchanged vows with Mara in 2018. Willa, Rosie, and Gracie are his three daughters. DeeDee and Dutchie, the family’s two dogs, enjoy seeing their names in print and live in the Chicago area.

Peter graduated from Harvard College in 1987, where he majored in English literature. Jess M. Bravin, a future Wall Street Journal correspondent, was a college roommate. They entered a competition to write the script for the Hasty Pudding production and were chosen to develop their script “Between the Sheiks.” He also wrote and directed other student theater productions while in college and worked as a journalist for Cycle, a now-defunct motorcycle magazine.

Peter’s approximated net worth is $1 million.

Peter then relocated to New York to pursue a career as a theater writer. He relocated to the Chicago area in 1998 to become the host of NPR’s news quiz show Wait Wait… Don’t Tell Me! On the show, panelists and contestants are quizzed on the week’s news in amusing ways.

Peter has worked as a stage director, actor, playwright, screenwriter, and extra in a Michael Jackson video. He has also worked as a journalist, essayist, travel writer, humorist, and author.

He has also written for television shows, including the 2013 PBS special Constitution USA. He also appeared alongside Peter in the PBS TV miniseries Constitution USA. Wait, don’t tell me! : A Royal Pity in the News (TV Movie 2011) and Wait Wait Don’t Tell Me Live! are two other television shows he has written (TV Movie 2013). The two Wait Wait pilots are based on Peter’s weekly NPR/WBEZ Chicago news quiz radio show. He is a runner who has completed 12 marathons. As a guide for a visually impaired man, Peter runs the Boston Marathon. 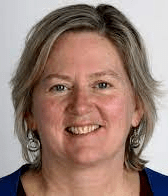 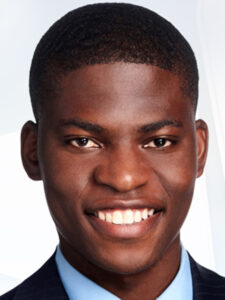