This is what you need to know about Erica Price, the lady who was shot in the arm and chest by actor Hagen Mills, well known for his roles in Swedish Dicks, Bonnie & Clyde: Justified and Puncture Wounds. Mills shot himself and died from the gunshot wounds. Erica and Milsa are parents of their 4-year-old daughter, Mila.

Erica is an Advanced Nurse Practitioner and earned both her Bachelor of Science in Registered Nursing and Doctorate of Nursing Practice in 2019 from Murray State University. She currently works as an advanced practice nurse at Kentucky Care.

Mills, who is well known for his roles on the TV shows Baskets and Swedish Dicks, first met Price in 2012. While they were no longer a couple at the time of the shooting, they continued to co-parent their young daughter.

Price has a 4-year-old daughter together with Mills. According to police, Price’s mother and young daughter were held inside by Mills until she got home.

Mills died on May 20, 2020, from an alleged murder-suicide attempt where he was the shooter, as confirmed by Mayfield Police Chief Nathan Kent. Erica Price was shot in the arm and chest. She survived and is in stable condition after being treated at the hospital.

Her mother and daughter were not physically harmed during the incident. Price was immediately taken to the hospital for treatment and survived the shooting. She is in stable condition. Mills died at age 29. 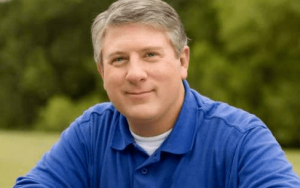